Helicobacter pylori is a bacterium that inhabits the tissue lining the stomach and duodenum, and is present in as many as half of the world's population. It can be transmitted from person to person through direct contact with the saliva, vomit or feces of an infected person. It can also enter the body through contaminated food or drink. 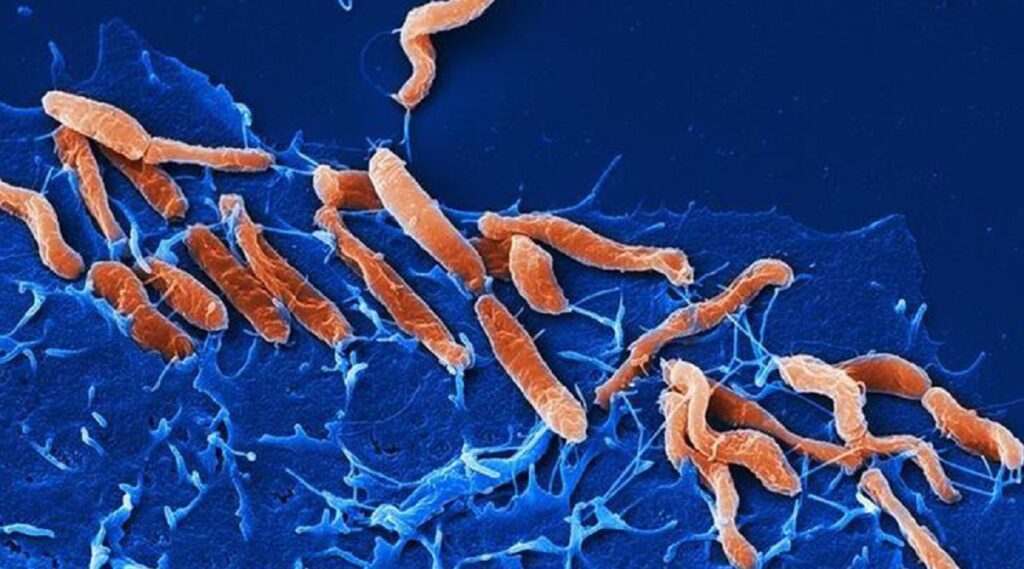 Who is advised to test for Helicobacter pylori?

In chronic dyspepsia, it is always advisable to test a patient for the presence of this bacterium. However, other conditions call for the H.pylori test. These are:

The presence of Helicobacter pylori can be determined in several ways: by analysis of feces, blood test or breathing test. All three tests are available in our laboratories.

To detect the presence of this bacterium, additional tests are performed:

1. The first test does not require special preparation and the results are ready after 24 hours.

When H.pylori infection occurs, the body responds through a strong specific humoral immune response and produces serum IgA, IgM and IgG antibodies. It is important to emphasize that IgM antibodies are not specific and are rapidly lost during the acute phase, and therefore have no practical significance for diagnosis. Of all non-invasive serological methods used in diagnosis, the ELISA method is most commonly used to prove the existence of specific anti-H.pylori IgA and IgG. These antibodies are present for as long as the infection lasts, but in most cases, the presence of IgG antibodies is noticed in the infected individuals, while the presence of IgA antibodies is rare.

Serological tests are extremely accurate and specific (as much as 90%). However, their potency may be limited by a weak systemic immune response to H. pylori infection. For this reason, paired serum samples are always examined at intervals of two to three weeks.

On that occasion, it is obligatory to determine the classes of immunoglobulins (IgA, IgM and IgM) and monitor antibody titers’ dynamics, i.e. their movement. The presence of infection is certain when a fourfold increase in antibody titer is observed. Since these tests are not specific, it is advisable to perform additional tests to detect active infection, including stool analysis or exhalation test.

2. Breath tests for the presence of Helicobacter pylori require special preparation and results can be expected between 24-48h after the test.

First, a sample is taken by gastroscopy to be examined histologically, through culture or rapid urease test. The analysis of saliva and blood determines the existence of antibodies to this bacterium, although this method is not applied if the therapy has already been carried out. The exhalation test is often performed after the end of the therapy, both for diagnostic purposes, and for treatment and checking the effects of the therapy.

The full name of the test is Urea Breath Test (UBT), or urea exhalation test. These tests are based on the pronounced urease activity of H. pylori. In this test, the patient drinks urea labeled with radioactive 14C or non-radioactive 13C carbon. If there is a bacterium in the stomach, urea is broken down into carbon dioxide and ammonia. Through the blood, CO2 reaches the bloodstream and from there into the lungs and finally, in the exhaled air. The difference in the concentration of CO2 in the exhaled air, which is measured before and after the test, determines the presence of the bacterium or its absence. In patients whose exhalation shows a concentration of 1.11% 13C, the absence of bacteria is determined, while a concentration higher than 13C indicates the presence of H-pylori bacteria. The sensitivity of these tests in untreated patients ranges between 96-97% and their specificity is 99-100%.

3. For the analysis of H.pylori from feces no prior preparation is required and results can be expected after 2-4 hours.

It is desirable to test the sample as soon as possible, so it is recommended to leave the sample in the laboratory an hour or two after taking it at the latest. Otherwise, the sample should be stored in a cool place (e.g. refrigerator) until delivery.

It is recommended that a serological test (antibodies in the blood) be performed during the first test for Helicobacter pylori. After that test, the other two tests have the greatest potential, because the antibodies remain permanently in the body and thus give positive results. The other two non-invasive tests – the H. pylori antigen and the exhalation test – confirm the presence of the bacterium. These two tests are used to control the continued presence of H. pylori, even after the application of therapy. After the therapy, it is recommended to do one of these two tests so that your doctor can be sure that the therapy was successful. Testing should be performed at least 4 weeks after the end of antibiotic therapy.

To obtain a reliable test result for H.pylori, the patient needs to be adequately prepared. This includes the following:

Manage Cookie Consent
To provide the best experiences, we use technologies like cookies to store and/or access device information. Consenting to these technologies will allow us to process data such as browsing behavior or unique IDs on this site. Not consenting or withdrawing consent, may adversely affect certain features and functions.
Manage options Manage services Manage vendors Read more about these purposes
View preferences
{title} {title} {title}